A Super Tuesday of Another Color...

Tomorrow is Super Tuesday for the Democrats and Republicans, but I'm truly hoping it will be a Super Tuesday of another color for Ryan.

As I mentioned last week, Ryan Allis is launching his book Zero to One Million tomorrow, February 5. It comes with my strong endorsement.

I highly recommend the book for anyone who wants to become a multimillionaire entrepreneur. If there’s ever a book that has the potential to be life changing, Zero to One Million is it. Ryan is trying to reach a lifetime goal and get to #1 on Amazon.com today and has created a compelling reason to buy the book today.

Ryan built three companies to over $1 million in sales by age 21, raised over five million dollars in venture capital at age 22, and today at age 23 runs an 85 person company in North Carolina called iContact that does over ten million dollars in annual sales. Ryan knows what he’s doing when it comes to business.

The full title of the book is ‘Zero to One Million: How I Built a Company to $1 Million in Sales… And How You Can Too.’ If you want to become a multimillionaire entrepreneur, this really is a no-BS step-by-step guide.

Tomorrow, February 5th, Ryan is running a promotion to help him get to the #1 spot on Amazon.

When you buy Ryan’s book for $11.53 on Amazon today you will receive six bonus gifts including a video from Ryan on how to raise $5 million in venture capital at age 22 and valuable DVD and PDF report bonuses from Buck Rizvi, Derek Gehl, Carlos Garcia, Shawn Casey, and Tom Bell. Just email the Amazon receipt to bonus@zeromillion.com with [publicationID] in the subject line to receive the bonuses.

You’ll also receive a special video from Ryan: How Our Generation Will Change the World… A Plan for the Future.

You can purchase Zero to One Million at http://www.amazon.com/Zero-One-Million-Built-Company/dp/0071496661/. I’d recommend buying your copy as soon as you can before they run out of stock.

All of the proceeds from Zero to One Million are going to Ryan’s non-profit organization The Humanity Campaign, which works to reduce poverty and hunger in developing nations by increasing access to education, healthcare, and technology. You can read an article about Ryan’s efforts to give back at http://www.newsobserver.com/business/story/900111.html.

Ryan actually has the crazy goal of being the President of the United States someday—I think he might just make it!

Thanks for your help!

P.S. – Would you also spread the word about Zero to One Million to all of your friends interested in entrepreneurship, marketing, and changing the world? They can buy their copy at http://www.amazon.com/Zero-One-Million-Built-Company/dp/0071496661/. 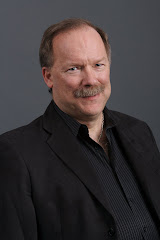 Chuck Hester
I am a pay it forward power networker on LinkedIn. If you want to connect directly to me, go to www.linkedin.com/in/chuckhester You will find all the information you need to do so. I live the pay it forward lifestyle - if you are helped, don't help that person, instead "pay it forward" to someone else in need. The blessing will come back to you!

The Pay it Forward Chrnoicles